MAIDENHEAD, June 11, 2019– AbbVie (NYSE: ABBV), a research-based global biopharmaceutical company, today announced new results showing a significant number of patients treated with SKYRIZI™ (risankizumab) experienced complete skin clearance at week 94.1 In the study, at week 28 patients who achieved a static Physician Global Assessment (sPGA) score of clear or almost clear (sPGA 0/1) were re-randomised to continue treatment with risankizumab or withdrawal.1 After 94 weeks of continuous treatment with risankizumab, 73 percent and 72 percent of these patients achieved a sPGA score of clear (sPGA 0) and a 100 percent improvement in the Psoriasis Area and Severity Index (PASI 100), respectively, compared to 2 percent of patients re-randomised to withdrawal (p<0.001).1 These two-year results (up to 104 weeks) from the Phase 3 IMMhance study, evaluating the efficacy and safety of risankizumab in adult patients with moderate to severe psoriasis, will be presented today at the 24th World Congress of Dermatology (WCD) in Milan.

"Results show that risankizumab has the potential to provide long-term relief from the signs and symptoms of psoriasis” said Marek Honczarenko, M.D., Ph. D., vice president, immunology development, AbbVie. “Our studies demonstrated that risankizumab can not only offer complete skin clearance at two years of treatment for the majority of patients, but re-treatment with risankizumab following a relapse can help patients regain skin clearance in just 16 weeks. We are pleased to add positive long-term data to the growing body of evidence supporting the efficacy and safety profile of risankizumab for adult patients with moderate to severe psoriasis.”

There were two phases in the IMMhance study.1 Results from the first phase showed that after 16 weeks of treatment, risankizumab (n=407) met the co-primary endpoints of PASI 90 and sPGA 0/1 versus placebo (n=100)(p<0.001).1 The second phase (week 28 through week 104) evaluated the efficacy and safety of continuous therapy with risankizumab versus randomised withdrawal, as well as retreatment.1 Patients who achieved sPGA 0/1 at week 28 with risankizumab were re-randomised to continue risankizumab (n=111) every 12 weeks or to withdrawal (n=225).1 The primary endpoint from the second phase of the study, sPGA 0/1, was also met at one year (52 weeks)(p<0.001).1

For those re-randomised to continue risankizumab, the last dose was given at week 88.1 Between one year (week 52) and week 94, the proportion of these patients who achieved complete skin clearance continued to increase.1 sPGA 0 and PASI 100 responses increased from 65 percent and 64 percent at week 52 to 73 percent and 72 percent at week 94, respectively (p<0.001).1 At two years, 81 percent and 78 percent of patients treated with continuous risankizumab maintained clear or almost clear skin (sPGA 0/1 or PASI 90) compared to 7percent and 4 percent re-randomised to withdrawal, respectively (p<0.001).1

Among patients re-randomised to withdrawal who experienced a loss of response (defined as a sPGA score of moderate to severe [≥3]) on or after week 32 (n=153), 84 percent regained clear or almost clear skin (sPGA 0/1) after 16 weeks of re-treatment with risankizumab.1

“In the IMMhance study, risankizumab provided an increasing number of patients with complete skin clearance up to 94 weeks,” said Melinda Gooderham, M.D., dermatologist and medical director at the SKiN Centre for Dermatology in Peterborough, Ontario and a study investigator. “Risankizumab not only offers relief from the signs and symptoms of psoriasis following a withdrawal from medication, but the study further demonstrates the significant rates of complete skin clearance that can be achieved with continuous treatment at the recommended dose. These data underscore the lasting impact this new treatment option could provide for people living with psoriasis.”

No new safety findings were observed in patients who continued with risankizumab for two years compared with those who withdrew to placebo at week 28.1

About the Phase 3 IMMhance Study1

The IMMhance study is an ongoing Phase 3, multicentre, randomised, double-blind, placebo-controlled study designed to evaluate the safety and efficacy of risankizumab compared to placebo in adult patients with moderate to severe plaque psoriasis. In the first phase, patients were randomised 4:1 to risankizumab (n=407) (150 mg), given as a subcutaneous injection at baseline, 4 weeks later and every 12 weeks thereafter, or placebo (n=100). In the second phase of this study (week 28 through week 104), patients originally randomised to risankizumab who achieved sPGA 0/1 at week 28 were re-randomised to risankizumab (maintenance, n=111) or placebo (withdrawal, n=225). Safety was assessed in all patients. Patients received their last dose of risankizumab at week 88 and follow up was conducted until week 104.

This Phase 3 study was conducted in cooperation between AbbVie and Boehringer Ingelheim. More information on this trial can be found at www.clinicaltrials.gov (NCT02672852).

About (risankizumab) in the European Union3

This is not a complete summary of all safety information. See risankizumab full summary of product characteristics (SmPC) at www.medicines.org.uk/emc. 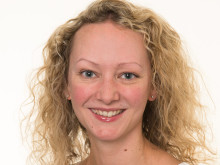 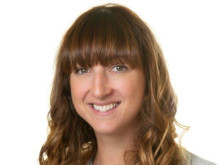 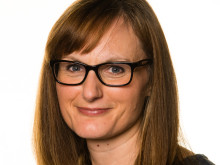 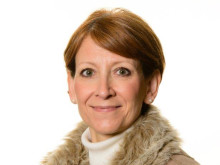